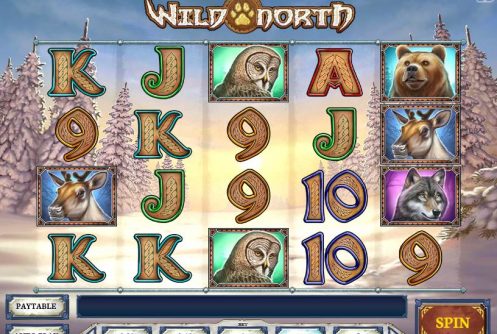 Wild North is a 5-reel video slot game with 40 fixed paylines and loaded with bonus features and wild surprises!

Three bonus scatter symbols on the reels trigger the Northern Lights Bonus Game.
The bonus feature wheel includes seven different bonus features.
One of these features will be illuminated at random:

“The Great Wilderness”: Three free spins awarded, on which 4×4 MEGA SYMBOLS are available on reels 2 to 5.

“Wild Lynx”: Three free spins awarded, on which one or two entire reels are covered by WILD Lynx symbols.

“Savage Bear”: One free spin awarded, on which a MULTIPLIER from x5 and up to x30 multiplies the prize amount on the free spin.

“Eyes of the Owl”: One free spin awarded, on which two large 2×2 Owl symbols appear.
One or more re-spins may be awarded with STICKY Owl symbols until you hit at least one winning symbol combination.

“Wild North Explorer”: A grid including 20 tiles appears on screen. Select tiles, one by one, to reveal hidden prizes.
You can win cash prizes or trigger any of the above free-spin features.
You may continue to select tiles for cash prizes and features until you reveal either an “X” or “The Great Wilderness” or “Wild Lynx” bonus features.
After the bonus features are awarded, the “Wild North Explorer” round will end.

Note that the bonus scatter symbol does not appear on the reels during free-spin features. 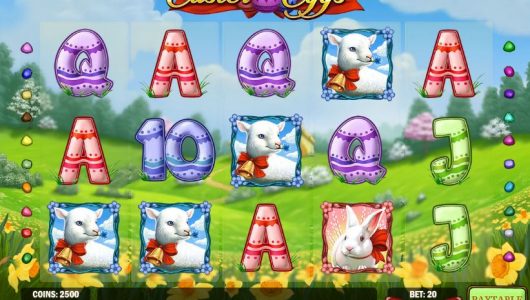 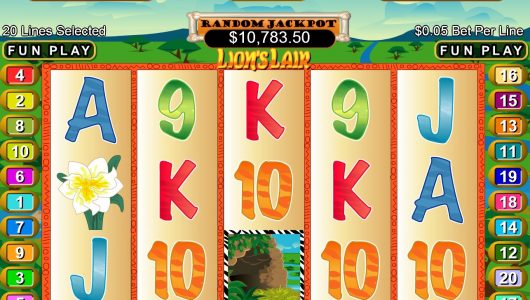 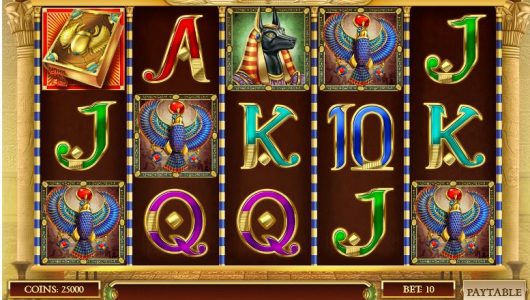 This slot machine is just like the real life ones at a casino.
If online casinos had games like this I would spend more time and money online then driving to a casino.
The graphics on the games are realistic.
I play a lot of slot machines and this is one of the best ones I have ever played.
You should stop reading this and go play because you are missing out on a great slot machine.

This is one of the online slot games where the sound effect stands out the most.
You know it’s a good app when it gives you goosebumps.
PlaynGo has many great casino games and tons of slot games with really cool themes.
Speed Cash and Cops’n Robbers are some of those fun slot online games.
I highly recommend to check out their website since they offer a wide range of online games.