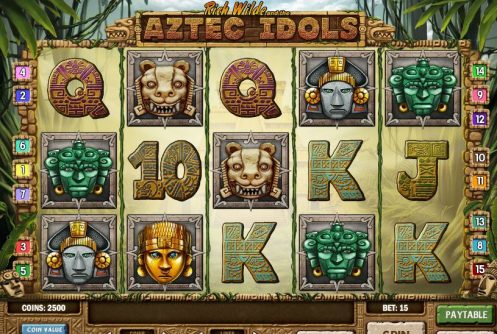 Three pyramid symbols anywhere on the screen trigger the Pick-the-Idols bonus game where you pick golden idols.
Each idol awards you with an amount. If the idol is booby-trapped and a cloud of poisonous gas is released, the bonus game ends.

Three sunstone symbols anywhere on the reels trigger the sunstone free spin feature.
A sunstone will spin and stop, randomly selecting one of the reel symbols to act as an Extra Scatter symbol as well as the number of free spins to be played.
A sequence of free spins commences during which the Extra Scatter is active.
The Extra Scatter pays using the original symbols paytable.
Additional free spins are not awarded and the bonus game cannot be triggered during the feature.

You can attempt to multiply your prize in the optional Gamble round.
Press the GAMBLE button after winning a prize to start the round.
Your objective is to correctly guess the colour or suit of a face-down card.
Take your guess by clicking the appropriate button.
If you correctly predict the colour, you double your prize.
If you correctly predict the suit, you quadruple your prize.
You can play the Gamble round up to five times in succession and up to a limit of 2500 coins. 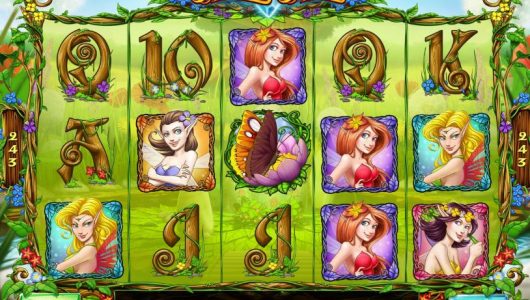 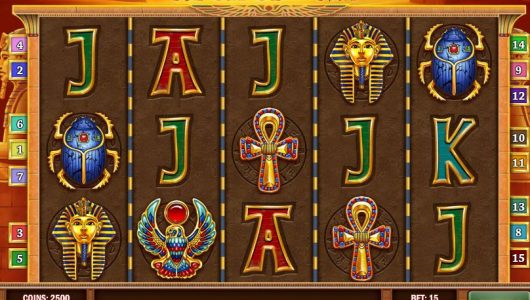 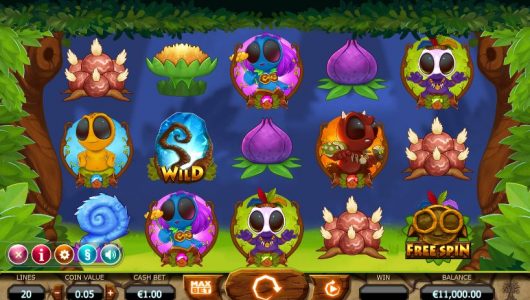