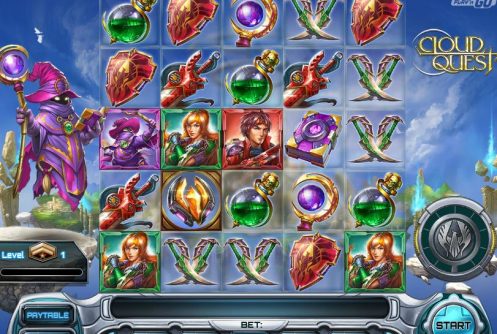 The sky’s the limit in Cloud Quest, the video slot in which levelling up in a game has never been so lucrative!
Connect three or more matching symbols along any diagonal, horizontal or vertical line anywhere in the 5×5 grid to win.
All rows and columns in the grid are active in each round, and any symbol can serve as part of multiple winning combinations.

The game also includes a Super Power symbol that triggers the activation of certain sections of the Super Power wheel.
This wheel gives you the chance to win a free re-spin with one of four special super powers to help you win more.
The re-spin is based on the same bet as you placed in the triggering spin, and there is no “BONUS” row.

A pointer appears and spins clockwise around the outside of the wheel.
If it stops on an activated section, you are granted a free re-spin.
The type of super power that will apply on your re-spin is indicated by the icon displayed in the middle of the Super Power wheel.
The four different super powers are as follows:

Five of Fortune: On the re-spin, the prizes for all winning combinations are multiplied by 5.

Emblem of Endurance: On the re-spin, two “enduring” wilds fall in on different positions on the grid to help you comprise winning combinations.
These wild symbols remain on the grid unless you hit a combination comprised of all wilds.

Scatter of Success: On the re-spin, all symbols can act as scatter symbols to generate extra wins.
The maximum payout for any scatter win is the same as the payout for a combination of 5 consecutive symbols of the same kind in the main game.
Only up to three sections of the Super Power wheel can be activated by scattered Super Power symbols during this feature.
Wild symbols can drop in on the initial drop, but no new wild symbols appear after winning combinations are achieved.

The bonus round is triggered when all five symbols in the designated “BONUS” row have been cleared.
At the start of the bonus round, you are randomly awarded 5-20 free bonus spins on a three-reel, single-line slot machine.
Your objective is to defeat the enemy monster on each of five different stages using these bonus spins.
To defeat each monster and move to the next stage, you must achieve a certain number of winning combinations.
This number differs for each stage. Alternatively, you can defeat any monster instantly by hitting a combination of three bonus marks.
When a monster has been defeated, you win three additional bonus spins and advance to the next stage to face the next monster. 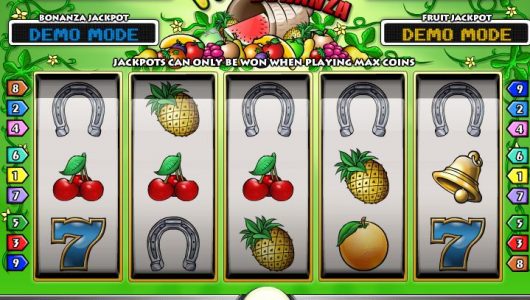 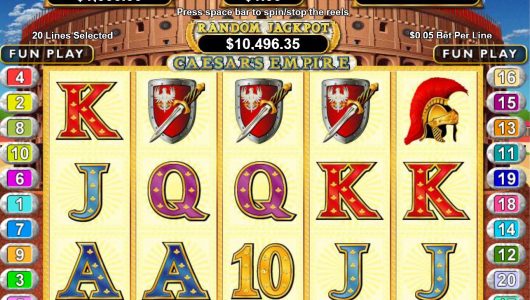 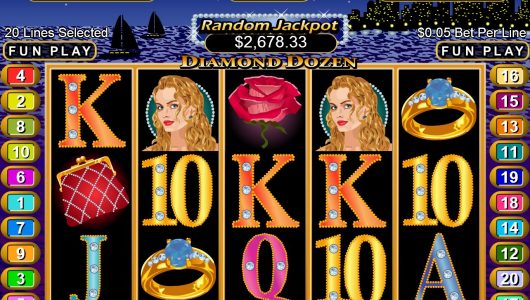