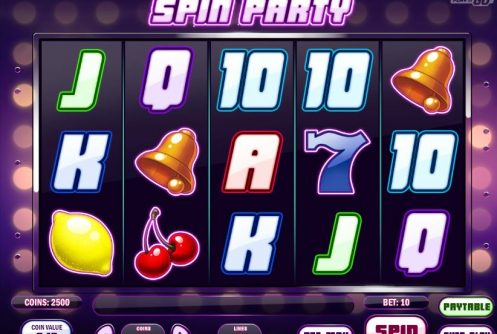 Spin Party is a flashy, funky 5-reel video slot game with 10 fixed lines.
The game features an expanding WILD symbol and the chance to win free re-spins with a sticky WILD and a sequence of up to 20 free WIN SPINS, on which WILDS are sticky and prizes are always guaranteed!

The symbol depicting the dancing girls is a wild symbol that can appear on the three inner reels (2, 3 and 4).
The wild symbol expands to cover the entire reel on which it lands and can substitute for any other ordinary symbol to help form a winning combination along any line.

When a single wild symbol appears on any reel, a free consecutive re-spin is triggered.
The expanded wild symbol sticks (remains in place) during the re-spin.

When two or more wild symbols appear, an initial sequence of 5 free WIN SPINS™ is triggered.
A prize is guaranteed on each WIN SPIN!

Each wild symbol that appears during a WIN SPIN also triggers one additional WIN SPIN.
You can win a consecutive sequence of up to 20 rewarding WIN SPINS! 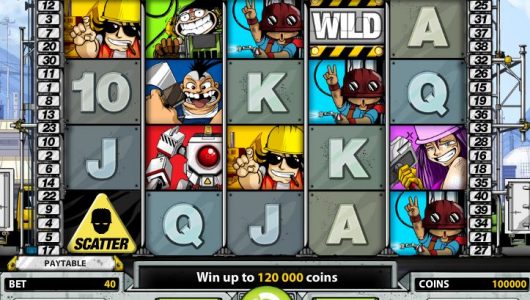 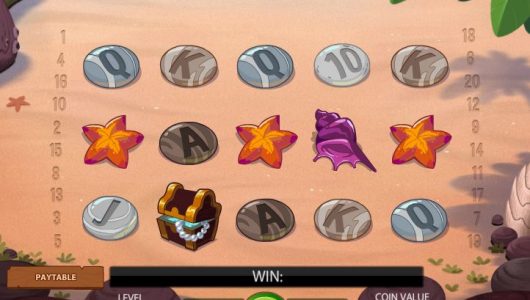 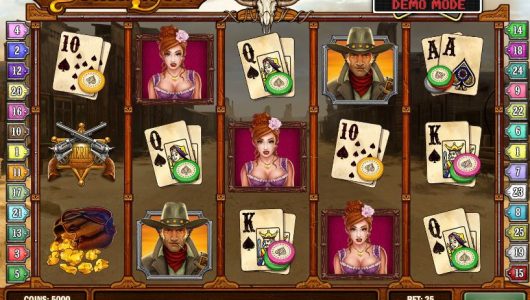