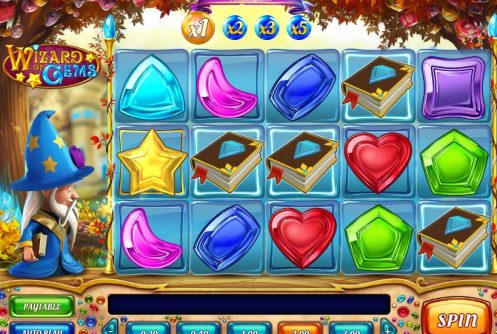 Wizard of Gems is a video slot game that features colourful gemstones that magically cascade down from above to create valuable winning combinations as they fill the game’s five columns!
All 20 lines are active in each round.

The payout for each winning combination achieved during a round is multiplied by the current multiplier, the factor displayed above the reels of the game screen.
Starting at 1, the multiplier in each round increases (from 2 to 3 to 5) each time new symbols cascade down to replace symbols that have vanished.

When three star symbols appear anywhere, they will trigger a sequence of ten free spins.
On each free spin, at least one wild symbol and up to nine wild symbols will appear to help comprise more winning combinations! 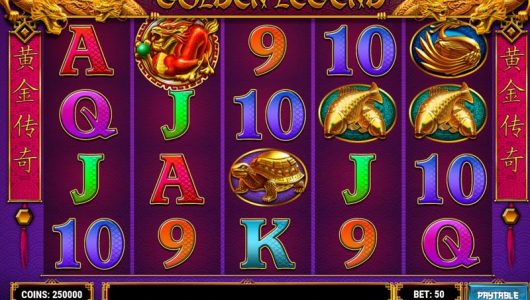 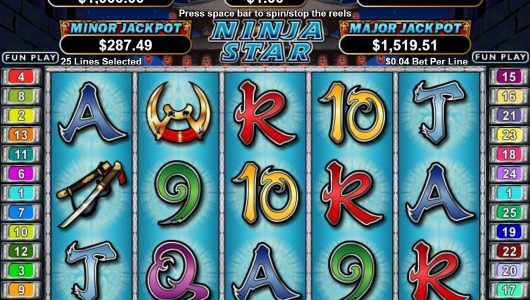 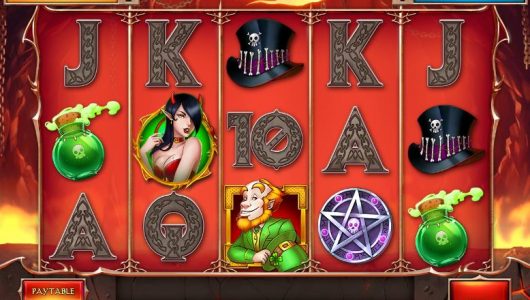 This is my favorite online slot machine.
I play online slots to have FUN and what’s more fun than these bright, cheerful gems?
Okay, winning a huge jackpot might be a little more fun!
I like to play free slots online, as it keeps me out of the casino, but one of these days I might try to win some real money – as long as I can do it playing Wizard of Gems!