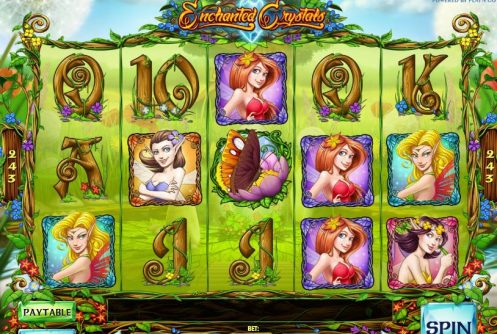 Enchanted Crystals is a 5-reel video slot game with 243 pay ways to win on.

Three goblin king symbols on the reels triggers the Find the Crystal bonus game where doorways are selected inside the Goblins’ lair.
The goal is to reach the Goblin king’s chamber unnoticed and find the crystal by picking the correct treasure chest.
Each door can award additional money.
Finding the crystal will award a large amount of money! If you are noticed, the bonus game ends. 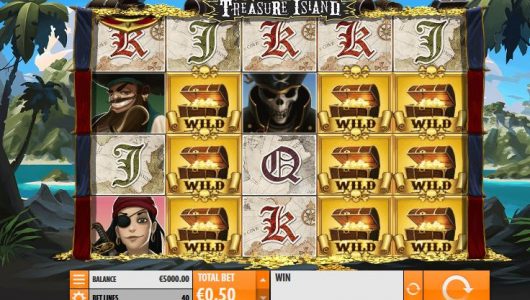 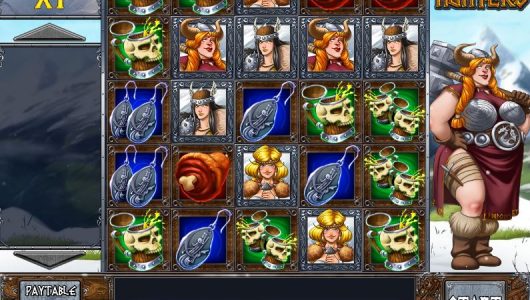 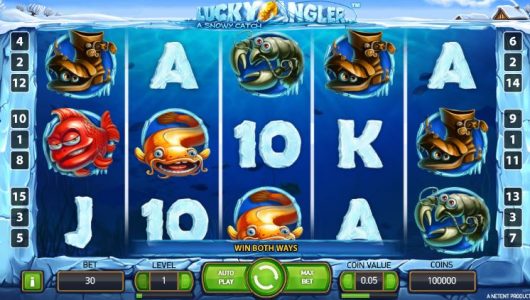